Mide works a lot with our patent lawyer Kirk Teska as we look to protect our intellectual property that emerges from one of our many research, development, and engineering programs. I've personally worked with him on a few patent applications and can attest that he knows his stuff!

Kirk has kindly agreed to share this article he recently wrote where he discusses how one should go about patent strategizing to save time and potentially money. Hopefully, his insight can be of some help as you look to protect the exciting intellectual property you've developed!

Patents are important but expensive – one survey reveals a single patent application can cost around $10,000. Getting the patent to issue can cost twice that.  And so, clients regularly seek new strategies to lower patent legal costs. Here is one we at ITC call Claim Focused Strategizing.

But, we know that although the basic laser was invented many years ago, patents for new lasers continue to issue.  New gain medium materials, new optical cavity designs, new laser optics, pulsing methods, and the like are regularly invented and patented.  How do we focus our thoughts to efficiently decide what to patent as compared to what cannot be patented?

What Do I Do First?

The first step in claim focused strategizing is to write down what is known/old ("the prior art" in patent-speak) and not patentable:

To be patentable, the device, here a laser must include something new. So far, it doesn't.  So, the next step is to recite that new thing…something that is not disclosed in or made obvious by the prior art. The choices here are discussed above: a new gain medium, a new configuration for the optical cavity, new optical components, or the like. Let's call that new something X – it's what has to be added to the list in order to have a chance at patenting.

Engineers and scientists are really good at math so can use that fact and extrapolate our example to be more general and cover most patentable ideas. The generalized construct look like this:

In some cases, is to conduct a patent search and confirm that A, B, and C really are in the prior art. In other cases, the inventor will know the prior art fairly well and no searching need be conducted. Then, the inventor (and/or management) strategizes to evaluate whether X exists in the company's proposed product or project and if it does, whether X is new at least when combined with A, B, and C.  Also, given the high cost of patents, the importance of X should be ascertained. Does it make the device less expensive, more accurate, easier to manufacture, or provide any new capability? If not, a patent for A, B, C, and X might not be very valuable. Also, additional patent searching might need to be conducted to evaluate if the combination of A, B, C, and X is really new and unobvious.

A few caveats. First, this strategy might not work too well if your inventor has a break-through invention (like the laser itself).  But, those cases are in the minority as most inventions today involve improvement to existing technologies. Second, once X is identified and the decision to proceed with patent protection is made, don’t always expect the real patent application claim drafted by the patent attorney to recite A, B, C, and X. Drafting a patent claim starting with the prior art and then adding with one new thing is good for strategizing but not always the best form for higher levels of protection. Suppose X is a new gain medium in our simplistic example. X might have uses outside of lasers and a more valuable patent would be to claim X alone without A, B, and/or C. In other cases, the concept of X should be claimed rather than the concrete thing you've deemed X for broader protection. The same can be said about A, B, and C.

Throw a written invention disclosure at a patent attorney and he will be happy to conduct searches and draft a patent application. But, that can cost a lot of money. Claim focused strategizing should help lower the cost of achieving meaningful patent protection as well as saving time for all those involved. 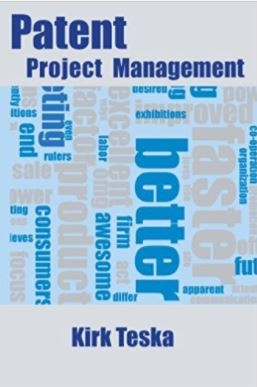 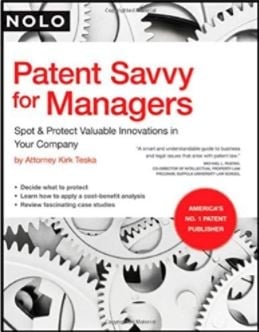 Steve is the Vice President of Product at Mide. He started out at Mide as a Mechanical Engineer in 2010. He enjoys getting his hands dirty to do some...